As part of a review, I was once asked by Scott Gray, the founder and CEO of the World Photography Organization, why I make these pictures with the title "constructivism". He wanted to know what's behind it. I was a little unprepared and surprised by the question and only replied that I have always been interested in art, architecture and photography. That is true, but it is somehow very general and not very meaningful.

But where did my enthusiasm for constructivism come from? So I thought about it and when I looked back and remembered a lot of things became clearer. 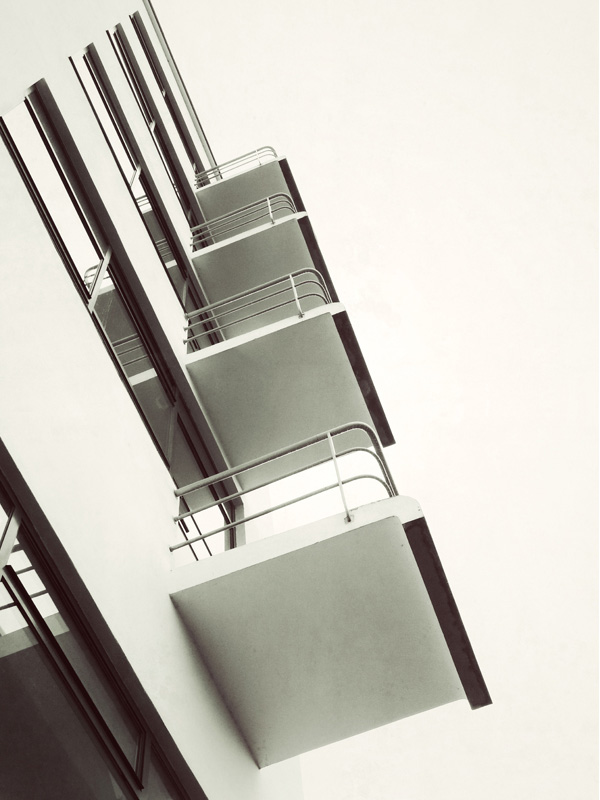 I grew up in Dessau. The morning walk on my mother's bicycle to kindergarten passed the Bauhaus and I spent many afternoons as a schoolchild behind the Feininger house – one of the Masters’ Houses – where my mother worked as a nurse. The trips to the Kornhaus or the walk to the former employment office, whose architect was also Gropius, have obviously had a lasting impact on my sense of aesthetics. Even then I developed a preference for clear lines and geometry. While in my early childhood I was more enthusiastic about the old Dutch masters at the Georgium in Dessau, at the end of the 70s it was Victor Vasarely's op art pictures with their geometric surfaces and threedimensional effects. I was so enthusiastic that when I was 14 I drew my "own Vasarely" with the title "XR-7". Of course, it wasn't the quality of a real Vasarely. 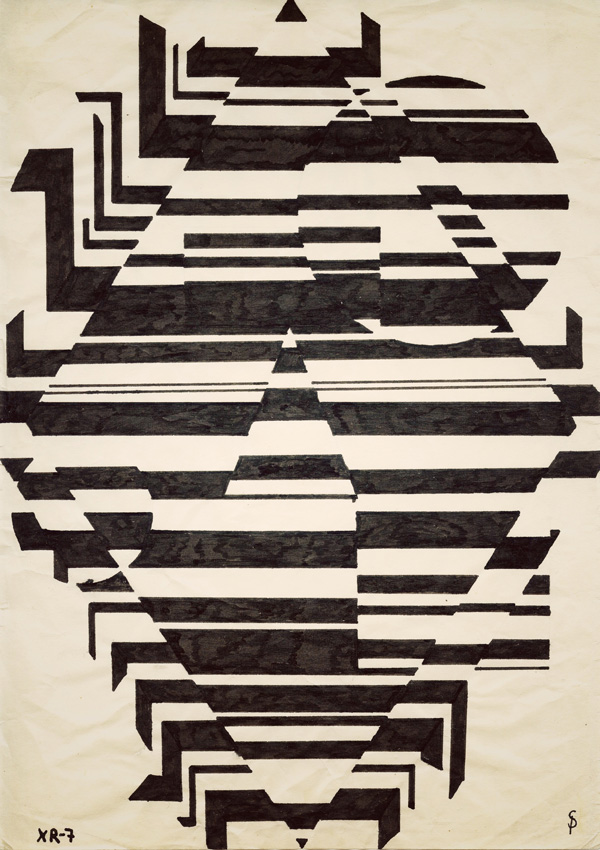 I also started taking photographs in the 1970s. But that was until about the 2000s, photographing my children, my surroundings and travel. When I finally discovered the photos of Franco Fontana, my ambition was piqued. I liked the mostly perfect geometry, perfection of the picture compositions and the colors. But also the mood that I could feel when looking at the seascapes. The photos “triangle”, “white room” and “sea of silence” were created under this influence.

These years were accompanied by visits to countless exhibitions of Modern Art. A key experience for me was a Neo Rauch exhibition in Brühl 2008. When I looked at the pictures, I felt not only enthusiasm, but also familiarity and a kind of longing. It was the first time that pictures could trigger such a feeling in me and in this strength. I had learned in this moment what art can do. When I look at my favorite picture “Evensong” by Neo Rauch today, I always wonder what is happening in the brightly lit room at the very top in the middle of the background. Not only a story is told here. A whole dream world opens up here. 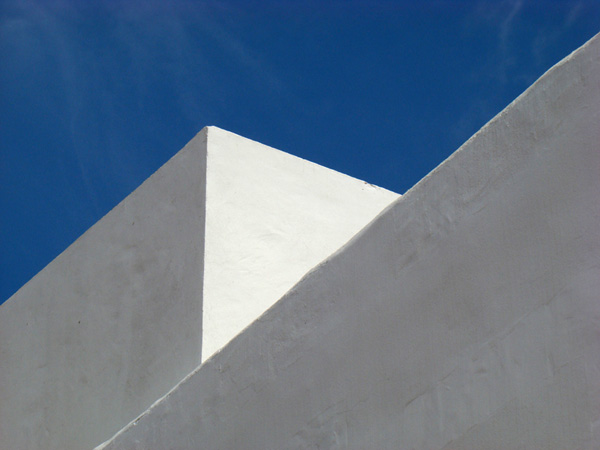 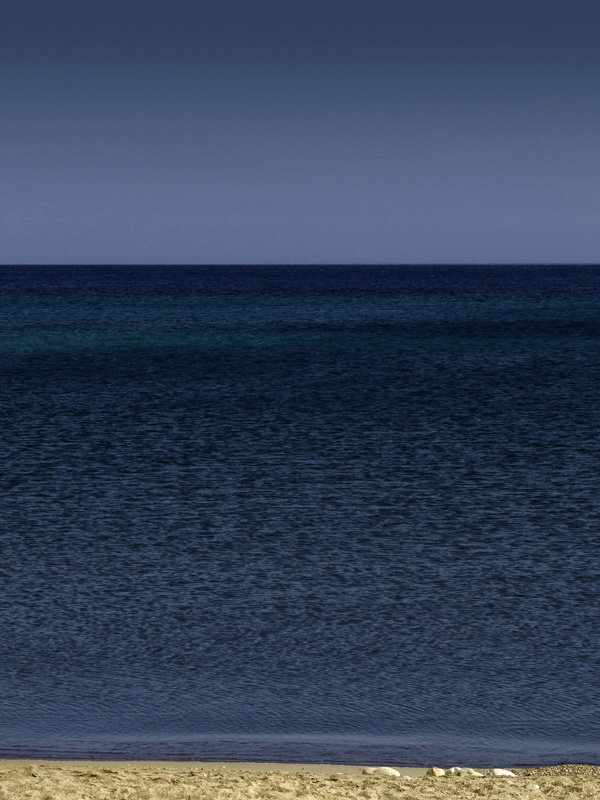 During this time my daughter had her first experiences with analog photography and achieved impressive results. This also inspired me to experiment with analog photography again. I started photographing architecture. I looked for the lines and areas that I put into perspective in an image format. I used one of my analogue photographs of modern architecture (abstract seven) from 2015 for an image montage in 2016. I placed the photo digitally four times on top of each other in the manner of a multiple exposure and was completely satisfied with the result (constructivism zero).

It was three years later than I thought that similar images should also be possible with multiple exposure directly on the film. So in May 2019 I took the first pictures of the "constructivism" series with an ADOX Mess-Golf IV and targeted multiple exposures.

The result was even better than the assembly. Because after I had scanned the first 6x6 black and white negative, digitally retouched it and looked at this picture, I was very surprised, excited and entusiasm. Unexpected geometries and structures had emerged. A completely new aesthetic and fantastic surreal worlds. For the first time I was able to feel such entusiasm for my own pictures. And there was a similar feeling as when looking at some pictures of Neo Rauch.

I had opened a door. The door to a radical constructivism of art. 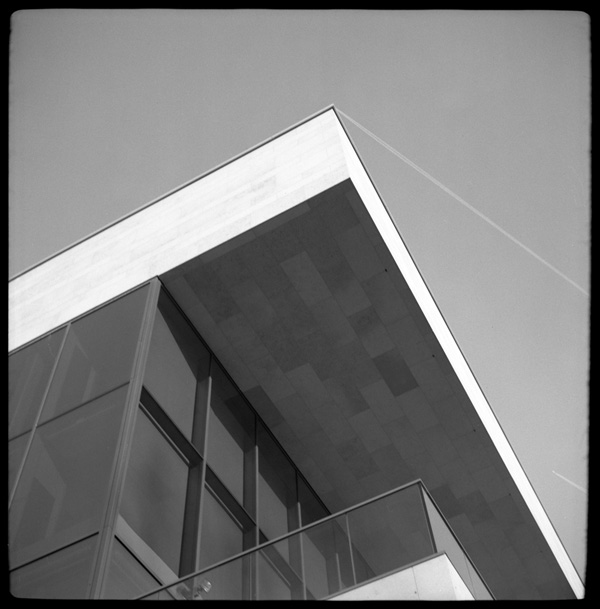 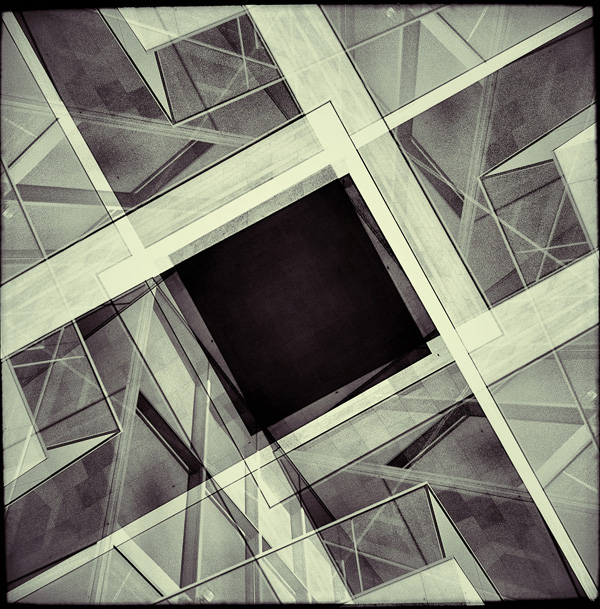 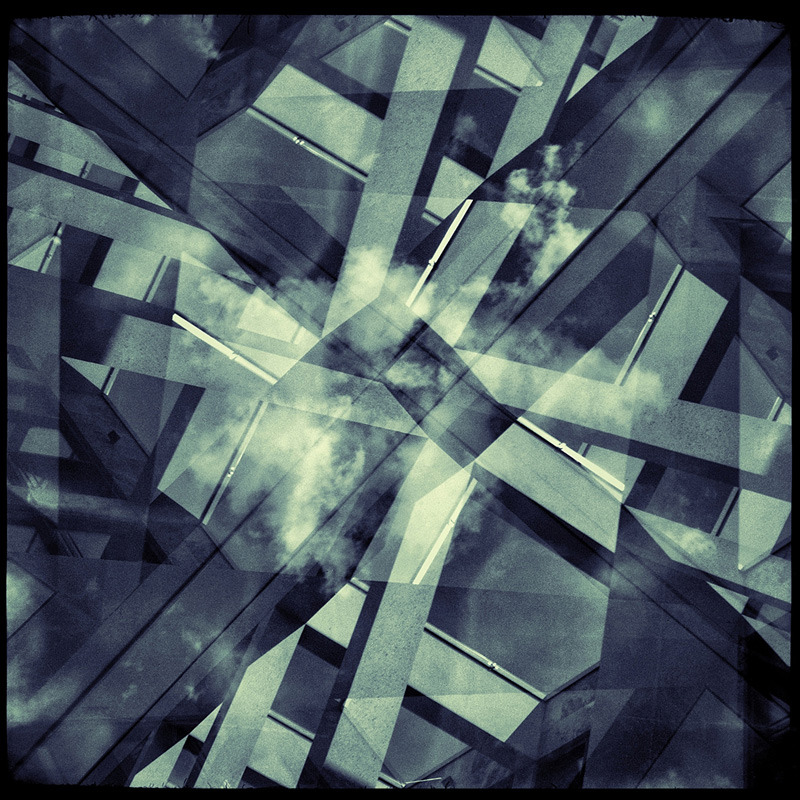